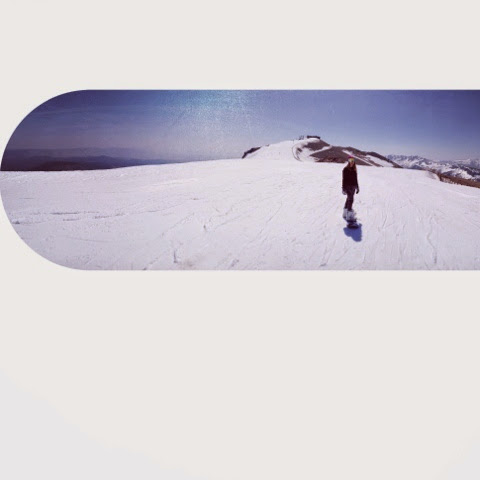 My son Justus and his friends are all snowboarders with real chance.

Every year for the last 5plus they have competed in the Peanut Butter Rail Jam. Finals are held in Mammoth CA. My younger brother Matt won at his stop and qualified, along with his friend Kyle.  At the Stevens stop in Wa Justus, Ryan, and Ethan-won and qualified for finals.
Kaleah had also won and qualified, get to know them a bit more with the Wyld Rose post a few months back.
With so many riders to cheer on we decided to head to Mammoth Ca for the finals even though it would fall on Easter weekend.  This meant having our younger crew stay at their grandparents while Jared and I, Matt and Justus flew down to Reno and drove a rental car to Mammoth.  Matt had been living in Mammoth for the past winter season and unfortunate for him- shattered his collar bone.  This was a serious blow both physically and for his completion of the tour and chance to win in finals.  He would not be able to ride after surgery.
We leaned into the statement: God works all things together for good to those that love him.
Matt and I prayed for favor and trusted that somehow this setback would be worked into good.
Jared and I trusted God that a missional weekend for the love of those  competitors would be choice! We let our faith step outside the ordinary.
We often joke we are official food sponsors to the mountain crew.  Whatever they would need we would attempt to provide.  Cheering them on, buying them coffee, taking them out for cookies and dinner.  Any practical means of support we would do fueled by the love God has given us for this mountain crew.
Matt’s setback turned into a real fun opportunity to participate as a judge.
Justus, Kaleah, and Ryan took hot laps on Friday. 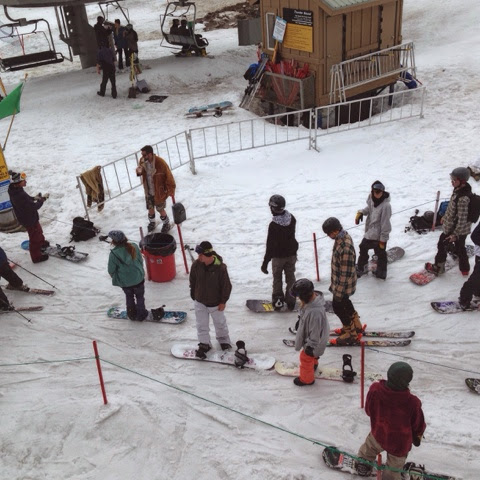 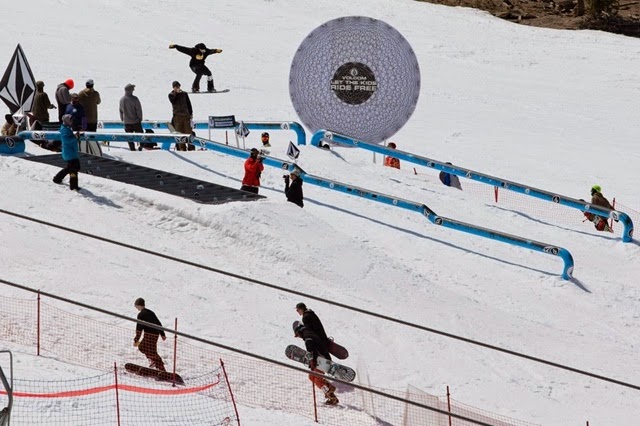 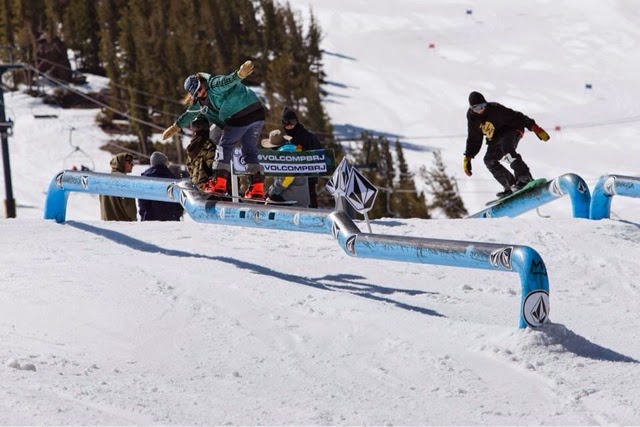 The weather was beautiful.
We met so many amazing snowboarders with talent and great attitudes.

They are wild and young- they have courage and adventure in their veins.

We rallied over pizza and in my true to this lifestyle I gave thanks to God and prayed blessings on both food and the ones gathered to eat it.
Love is discreet at times, subtle in presence but powerfully good.  One young man had a birthday so we came up with a gift, another needed a ride to the hill and two more a hotel to crash in.  Love said sure.
When it was all said and done, Matt stated to a friend all casual yeah “Jesus is my Lord” and the crew said they felt love and no judgement from that “fan” of a sister who came around.  Winning isn’t always the bomb sometimes it’s just the adventure of trust in God to step outside your everyday and live missional outside the walls of tidy and perfect and on the mountain of struggle and adventure.
On Resurrection Sunday, I realized that the love God gave was powerful and yet he was patient and waited 2,000 years for that love to reach me.  We can love patiently persistent and recognize he purchased sons and daughters a long way off.  Way before they would ever know of their need.  We can love like that a long way off from anyone realizing their need of this love.  l O V E L I V E S
Kyle’s mom had been part of a fellowship in Mammoth that was missionally reaching the mountain culture.  He knew I loved Jesus and recommended I check it out.  It was called the “LightHouse” – after feeding the crew I excused myself and headed to worship. On the way I snapped a pic: 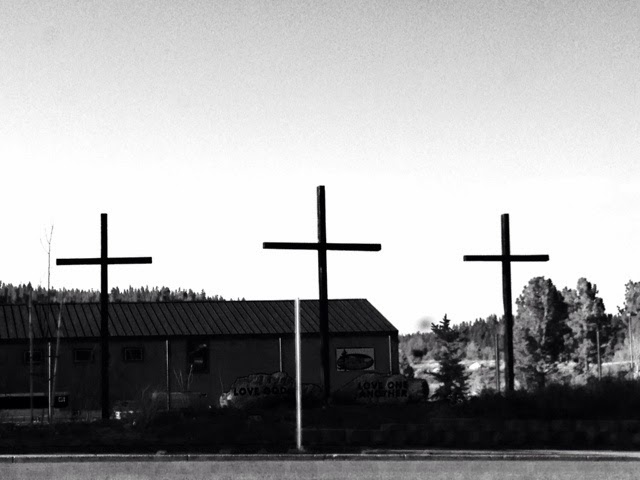 He was here. Jesus was breaking through even here.  I worshipped and made some new friends. I found out they worked at the local coffeehouse I was frequenting.
God is all around. Even when I took a bathroom break I saw Him. 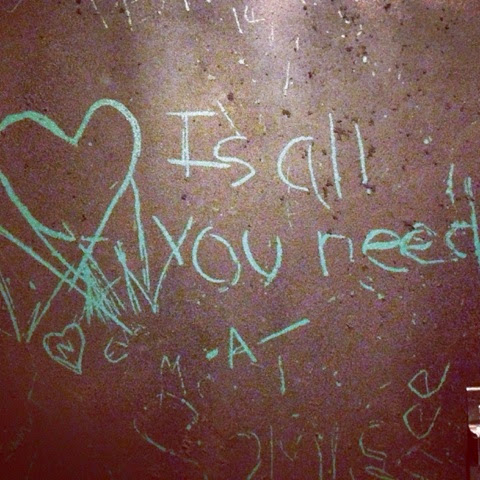 For the Kingdom of God is not just a lot of talk; it is living by God’s power. (1 Corinthians 4:20 NLT)
To live love out, you may need a schedule change.  To do the same thing doesn’t require faith- you’ve done it before it’s easy.  But to step out you will need God’s power and help.  Go where He Leads.