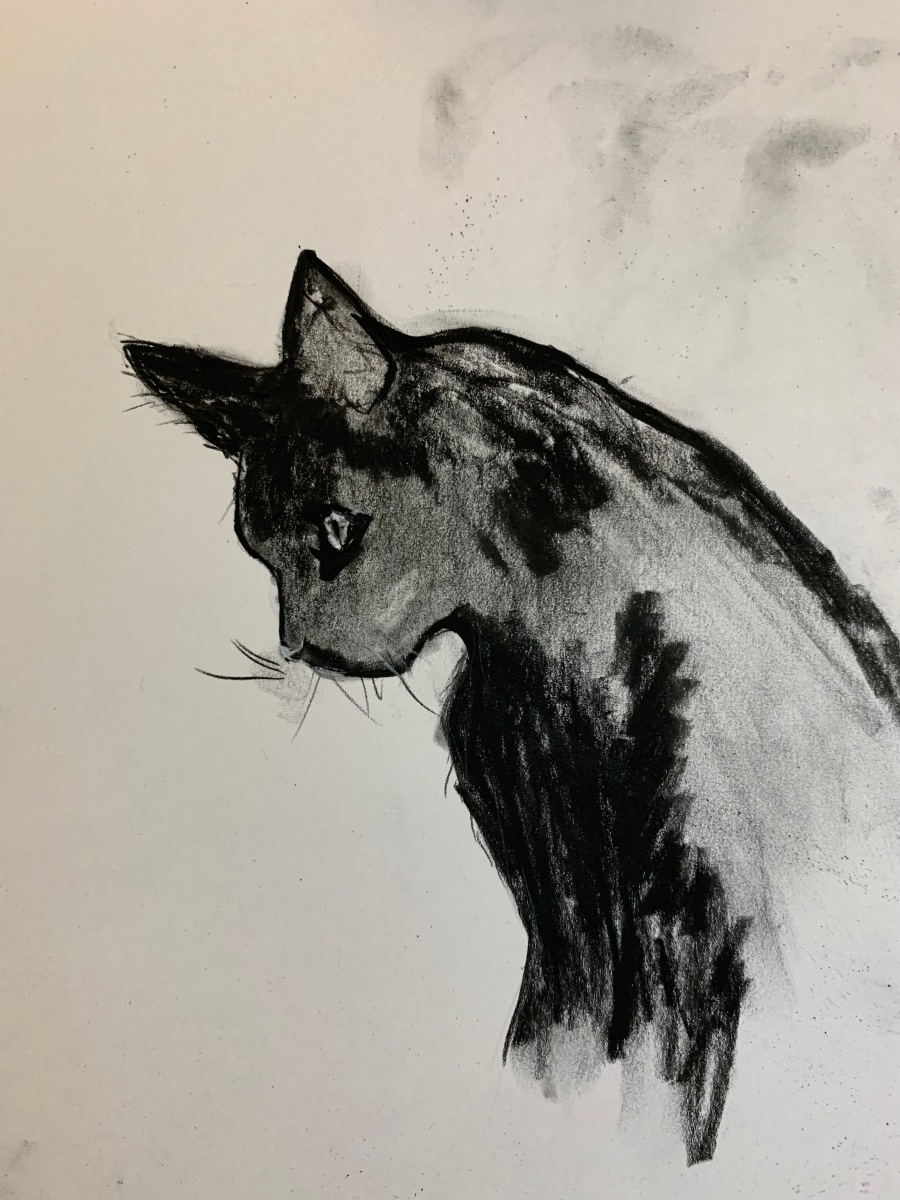 WELL Salem it’s about time for finding a cold floor on a hot day and let the joy of sleeping cool take over. You have lived most of your life in warm climates. Haiti I’m sure still fills your mind with some great memories. One of the ones I hold dear is when your mom sent a picture of you asleep on cold tile because it was so hot!

When you would visit it was usually NOT HOT like Haiti. One particular visit stands out in my mind. You and your family joined us at the Oregon Coast for the annual family campout. We all shared wetsuits which I hope no one peed in! And it reminded me of the time the older boys went surfing with nothing but their birthday suits under the rented wetsuits. Theo, Justus, and Kai all had to rely on whatever the car could provide for clothes after they returned the wetsuits that night. Theo wore a pair of shorts (they were women’s short white shorts). I hope your laughing. And Kainoa wore the towel around his waist. Justus took the long t-shirt and pulled it down while smiling at the cute girl on the way out of Cleanline surf shop. What a good laugh we had around the campfire that night! And even more when Theo was too hungry to change and waited till after eating dinner to give Patti back her shorts.

Well after the coast we all went to a Mariners game. LET’S GO MARINERS! Do you like baseball or soccer best? Baseball is big in the US and in the Dominican Republic. I think soccer is a favorite sport in Haiti? What do you think?

Your mom, dad, Lynda, and I all went to New York, home of the Yankees and when we came back it was near your birthday and the end of October.

It was National CAT day. And on your way to our house your family found this black kitten. Do you remember? Your mama showed up with her persuasive smile and this little black kitten for pumpkin carving at our home. Do you have a persuasive smile too? The noise level was a perfect hum with and adults and kids in every room telling stories and enjoying scooping out pumpkin guts on the table and carving their best creations for everyone to see.

We laughed and had a great time. Jared and I didn’t think we would keep this kitten, but we did. Ebony slept on our bed with us and would pounce on our legs and just about any movement which became a fun wake up game. Jared became a cat person. He took Ebony in for her bath and came out with an announcement. “Jacy,” Jared said, “it looks like Ebony has been keeping a secret from us.” Jacy asked, “what’s that?” Jared replied, “it looks like she has testicles.” Jacy said, “oh no! Will she be alright?” At this point I laughed at the seriousness of her care and the seriousness of dad’s announcement. Testicles means Ebony is a BOY. HAHAH

Thankfully the shock wore off and the relief set in, Ebony would be ok. UNTIL we got a dog ANGUS ALEXANDER a black golden mountain dog. Angus is half Berner and half Golden Retriever, we imported him and his brother Knox from Canada. Knox is a Murphy (you know Sevi and Ben right? Yup, they have Knox). Angus is a Rattray and his interest in Ebony was extreme especially after the Exodus from Canada and his brothers and sisters.

Ebony had to pretend the ground was lava and would jump from the table to the tops of the couches. Angus thought this was a game and the goal was to get Ebony’s head in his mouth. He never hurt Ebony but this didn’t make for a happy CAT. Shortly after months of lazy cat life disruption, otherwise known as torture Ebony ran away for the first time. The Animal Shelter caught Ebony and posted his picture on Facebook. Jared recognized the mug shot and I confirmed yes that is our black cat. We retrieved Ebony and tried very hard to make home a great place for him. We bought the best cat toys, and tried to find the best cat post for perching high out of reach but he had tasted the freedom and had made friends with the wild ferral cats roaming the Burg. He also began to work the neighborhood and was getting meals at another house. Once or twice they would call us and return Ebony. I was always relieved when he was back to normal sleeping on our bed routine again but it never would last. HMMM PERHAPS IT WAS BECAUSE HE WAS NOW A TEENAGER.

The last time I saw Ebony was just before the move. I jumped in the car and shut the back of our GMC Denali XL and as I began to pull out onto Ruby Street a dark shadow jumped from the backseat to the front. OH WHAT A FRIGHT. I hit the brakes. And then I saw it was only EBONY. I gave him a good welcome back and returned him to the safety of our home but he didn’t stay. And that was the last time he came around.

Have you ever had a cat? Well someday I hope to have another cat like Ebony. Cat cuddles in the morning are the best. Sleep well and if you see Ebony in your dreams tell him hello from Mrs. Charity.

Ebony Noir Rattray you were the cat who got away.