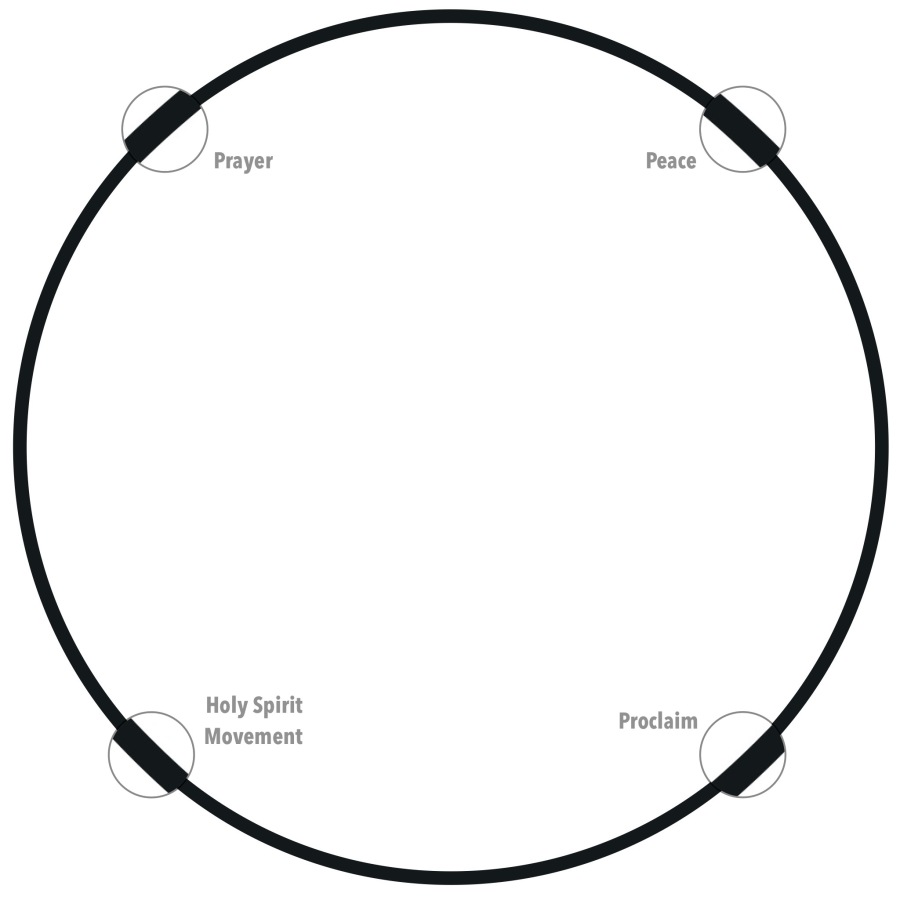 The right way to read the above diagram is counter-culture. Counter the way you would assume. The opposite of clockwise. In the last of the Gospels and in the book of Acts, Jesus shows up and breathes or speaks peace to the disciples. And then he commands them to wait, to pray. Everything yes, every activity in the outpouring of the Spirit starts with peace with God. The war within quiets at the command of the King of heaven. His anguish for your calm.
CS Lewis wrote, “You can’t get second things by putting them first; you can get second things only by putting first things first.”
There is a proper order for the movement of the Holy Spirit. Only a Higher Authority can declare peace in times of war. When Jesus appears to his disciples in Luke 24, he says to them words of significance. Read it below.
Starting with verse 36 ‘As they were talking about these things, Jesus himself stood among them, and said to them, “Peace to you!” 37 But they were startled and frightened and thought they saw a spirit. 38 And he said to them, “Why are you troubled, and why do doubts arise in your hearts? 39 See my hands and my feet, that it is I myself. Touch me, and see. For a spirit does not have flesh and bones as you see that I have.” 40 And when he had said this, he showed them his hands and his feet. 41 And while they still disbelieved for joy and were marveling, he said to them, “Have you anything here to eat?” 42 They gave him a piece of broiled fish, 43 and he took it and ate before them.
44 Then he said to them, “These are my words that I spoke to you while I was still with you, that everything written about me in the Law of Moses and the Prophets and the Psalms must be fulfilled.” 45 Then he opened their minds to understand the Scriptures, 46 and said to them, “Thus it is written, that the Christ should suffer and on the third day rise from the dead, 47 and that repentance and forgiveness of sins should be proclaimed in his name to all nations, beginning from Jerusalem. 48 You are witnesses of these things. 49 And behold, I am sending the promise of my Father upon you. But stay in the city until you are clothed with power from on high.”’
Jesus speaks of promised power from on High (Yahweh Shamah “he who manifests his presence in a place”) And we see when Holy Spirit comes he arrives with power. But first, peace is gifted to you from Christ.  Christ actually is our peace.
Ephesians 2:14 ‘For he himself is our peace, who has made the two groups one and has destroyed the barrier, the dividing wall of hostility, 15 by setting aside in his flesh the law with its commands and regulations. His purpose was to create in himself one new humanity out of the two, thus making peace, 16 and in one body to reconcile both of them to God through the cross, by which he put to death their hostility. 17 He came and preached peace to you who were far away and peace to those who were near. 18 For through him we both have access to the Father by one Spirit.’
We both have access. Your us verses them. Democrat or Republican. Trump or Hillary. Both are given access should they chose it. Christ is for all. In John 17:21 The strongest case for unity is so that the world may believe.
And when the Spirit falls upon those who dared to wait Peter says it plain. Acts 2:39 ‘”The promise is for you and your children and for all who are far off—for all whom the Lord our God will call.”’
The word for peace is the visible definition of a whole army surrounding you, an incredible sense of God’s divine protection. Protection offered rather than politics to those far off and those near. Offered to all.  You are offered a Kingdom that can’t be shaken.
Juli Wilson recently wrote on Twitter, “Peace doesn’t dwell in outward things, but in the heart prepared to wait trustfully/quietly on Him who has all things safely in His hands.”

First, His peace is for you. And yes “It’s for them too.”

Love this band, and the lyrics are a blessing.  “Peace has come, rejoice.” 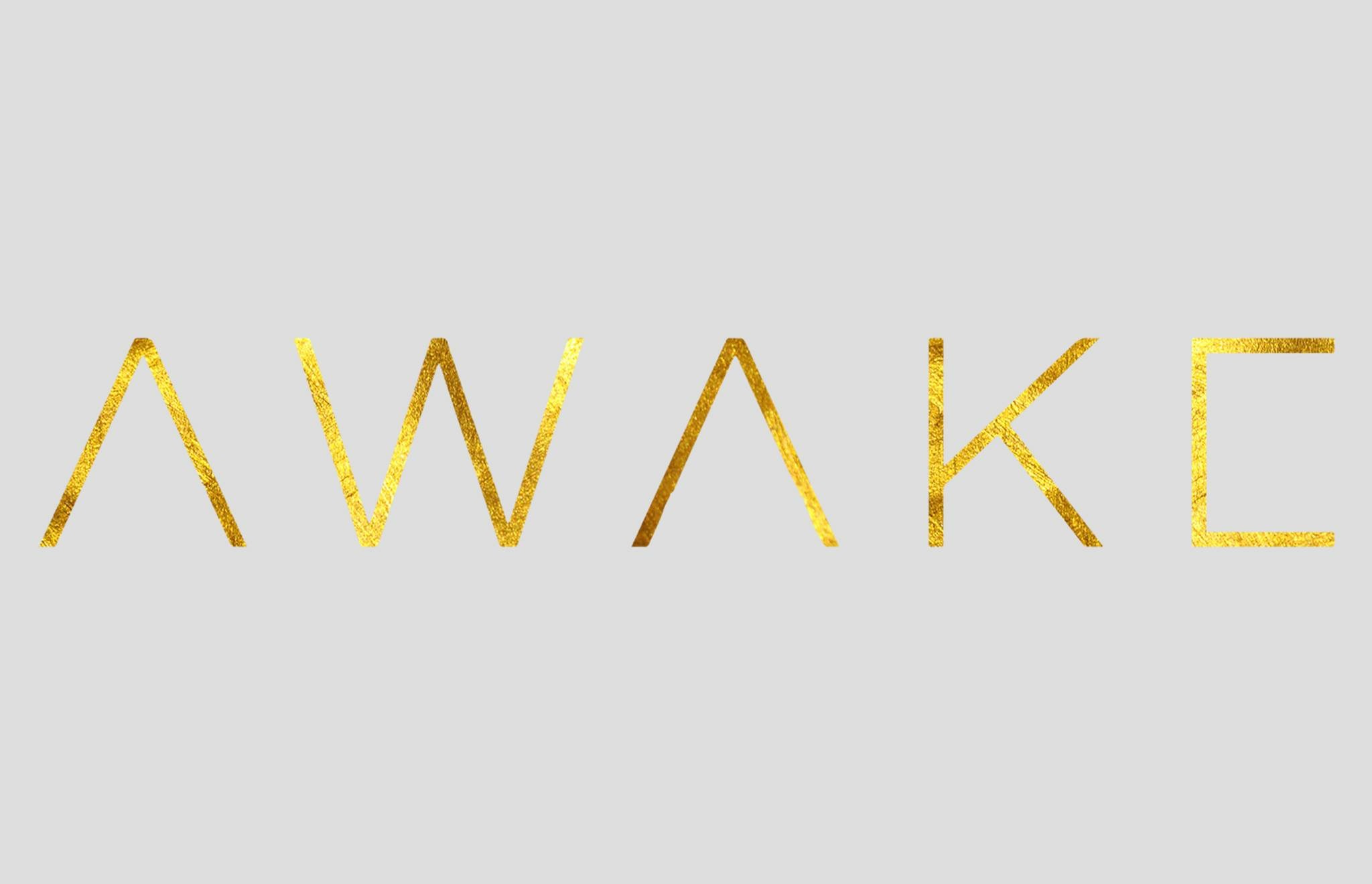 Happy Birthday @koldratt #simplythebest
All the good stuff, smooshed together in the best way, 🤍🍊🦢🌵🌙🍦
In Acts chapter 10 when they receive the baptism of the Holy Spirit the question was asked, why not water baptism? 3 John 1:4

Simplify everything. Drop the baggage. To go where God is calling you— you will need to travel light. Let that ________ go. Fill in the blank. Pain. Hurt. Frustration. Unforgiveness. Bitterness. Guilt. Shame. Negativity.
Walk into your blessing—after someone’s been through a hard time—it can be tough to anticipate the future with a sense of good expectation. Jesus says I set before you an open door —he is here to encourage you whatever door you walk through this summer Jesus himself is there.
Loading Comments...
Comment
×
%d bloggers like this: